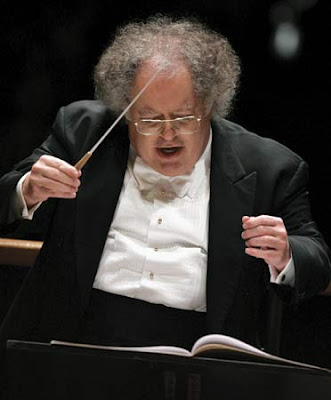 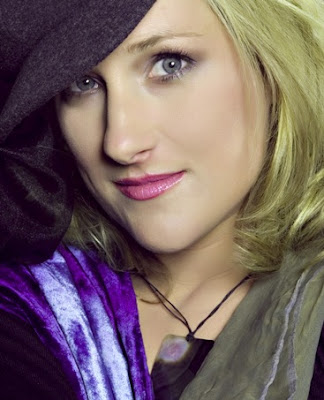 Over the past two weeks, two artists, in their respective engagements at the Met, have stood out for their brilliance. Ms. Damrau stared as the Countess in Rossini's Le Comte Ory, opposite Juan Diego Flórez and Joyce Di Donato. Mr. Levine ran Wozzeck, like nothing less than a king, in the pit.
To have a Rossini cast with these three singers is an impressive feat by itself. Mr. Flórez is as best as Rossini tenors come. His high notes are packed with precise energy that resonates unhinged throughout the house. Ms. Donato is a power-house bel-canto mezzo, whos tone is really close to shinny gold. Ms. Damrau, on the other hand, has all these vocal highlights required of a star (for years, her calling card was the Queen of the Night, okay?), but she also combines them with a nuanced and outrageous stage performance. It is almost as if she takes the stage directions only as a starting point, and then just luxuriates them to the point of ridiculous entertainment. In a comic opera like Le Comte Ory, she consistently reminds us why the opera buffa tradition had the same purpose as contemporary Broadway musicals do- it is approachable by just about anyone and it is hilarious when done right. Last season I saw her in La Fille du Régiment, and have never laughed harder at an opera. She consistently shines, bounces around, resonates, and is never ever stagnant.
Maestro Levine, despite his recent ailments and cut-back schedule, still brings enough punch to the orchestra and the singers to shut up the critics who say he's old. In everything I've ever seen him conduct, his fresh energy and tender humanity would make anyone listening to the recording think he was 25. There is a reason he attracts to much respect in the opera world- the affect just doesn't get better than when he is in the pit. A while ago I wrote that the deep level of connection he makes with his musicians must be something magical. With Wozzeck, this shit just became divine.
Posted by DGV at 5:23 PM